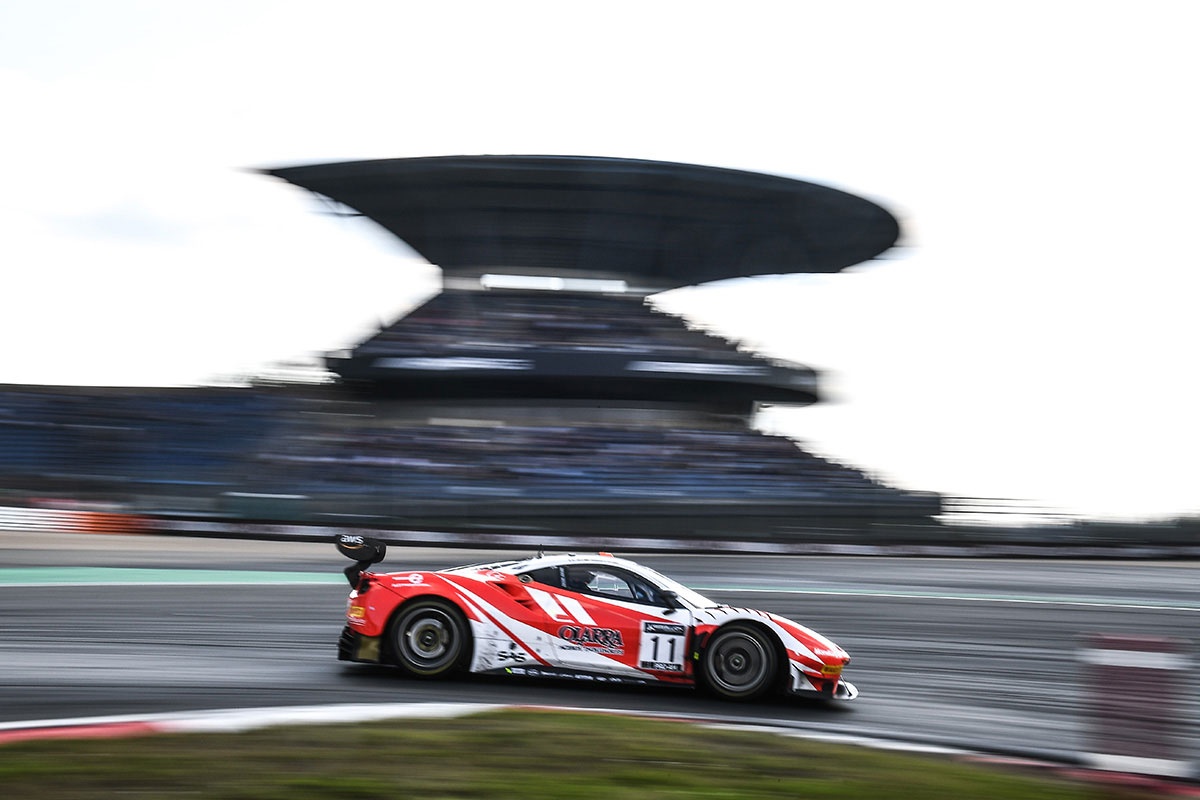 03/09/2021
Giorgio Roda immediately on track at the Nürburgring

After the difficulties at Brands Hatch, the driver from Como returns to the Kessel Racing Ferrari 488 GT3 with Francesco Zollo and Tim Kohmann in the penultimate round of the endurance series.

Como (CO) - 03 September 2021 - The penultimate round of the Fanatec GT World Challenge powered by AWS - Endurance Cup for Giorgio Roda has started with an intense day of testing. The driver from Como, fresh from a not very positive weekend on the British track of Brands Hatch, will once again be the protagonist on the German Nürburgring circuit with the Ferrari 488 GT3 of Kessel Racing, together with Francesco Zollo and Tim Kohmann. Over the course of the season, the Pro-Am crew of the Swiss team made significant progress in a championship among the most competitive in the world with top-level opponents. Also at the Nürburgring there will be 12 cars in the Pro-Am class with a list of entries that sees 44 GT3 racing cars at the start that will battle in the "3 hours of Green Hell". After the tests that saw Roda and his teammates progress lap after lap, free practice will start on Saturday at 8.30, followed by Pre-Qualifying at 12.55. Sunday morning at 8.30 Roda - Zollo - Kohmann will have to put their best on the track to find the perfect lap in qualifying for the race that will start on Sunday 5 September at 14.45. All stages of the German event will be broadcast live on the GT World YouTube channel.
Ready for redemption, Roda commented: "After the difficulties at Brands Hatch I am happy to be able to get back on track immediately to try to leave behind a weekend to forget. With Francesco and Tim we are building a very good season that is making us grow a lot in a really very competitive championship. Racing at the Nürburgring with 44 cars on the track will be a challenge in the challenge, but we are sure that our Ferrari 488 GT3 will be a great ally. The Kessel Racing team has always given us a performing car and now it's up to us to take it where it deserves. We have all the credentials to do well and we hope, as always, to complete the race in the best possible way. We will have to be careful of the traffic and not make trivial mistakes in this penultimate round of the season".

Racing at the Nürburgring with 44 cars on the track will be a challenge in the challenge, but we are sure that our Ferrari 488 GT3 will be a great ally