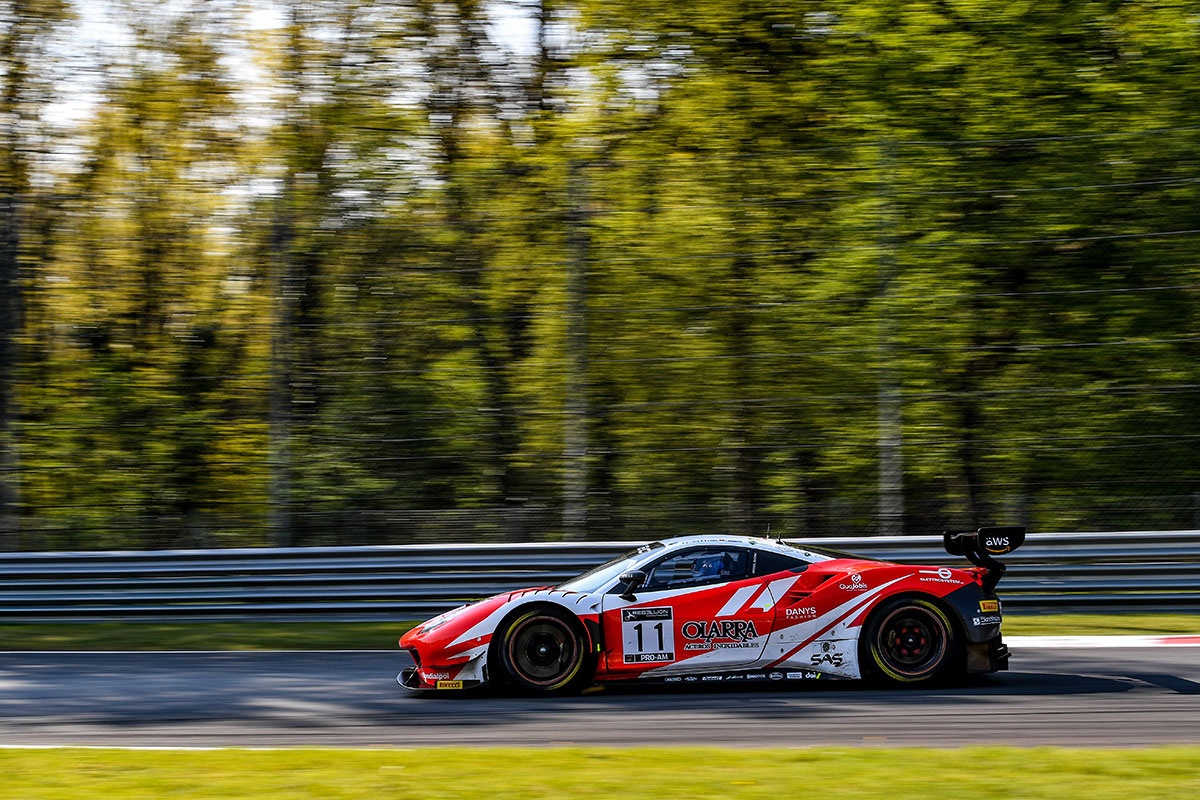 The French 1000 Km, second round of the GT World Challenge Europe Endurance, test bench for Roda on the Ferrari of Kessel Racing with Zollo and Kohmann.

Como (CO) - May 27, 2021. Saturday 29 May will be a long evening for Giorgio Roda, Francesco Zollo and Tim Kohmann. The Fanatec GT World Challenge Europe Powered by AWS Endurance Cup returns to France for the second seasonal round of the endurance series with the fascinating 1000km accompanying the pilots into the night. Departure at 18.00 and six hours of racing on the complicated Paul Ricard track. In the Pro-Am class, the Ferrari 488 GT3 number 11 of Kessel Racing will have to contend with 14 other rivals, in a starting grid that includes 47 cars at the start with names of absolute importance and nine different brands represented.

"Scrolling through the entry list of the 1000 km of Paul Ricard is thrilling. 47 cars on the track and 14 in our class are impressive just thinking about it - said Giorgio Roda before the start of the French weekend - I trained a lot to prepare the endurance season and I think I did a good job both physically and mentally. We hope that luck, after having turned us its back in Monza, is on our side and allows us to have a good race. The goal is to give it our all, gaining experience in a very competitive series and trying to get to the end of the race. The Paul Ricard circuit is always fascinating, especially at night where it is difficult to find the reference points. If we then add 47 cars on the track it will be a spectacle for the viewer, but a very complicated race for all the pilots who will have to pay maximum attention at all times. I am sure that with Francesco and Tim we will be able to do a great job supported by the Kessel team who has always put us in the ideal conditions to give our best".

We hope that luck, after having turned us its back in Monza, is on our side and allows us to have a good race