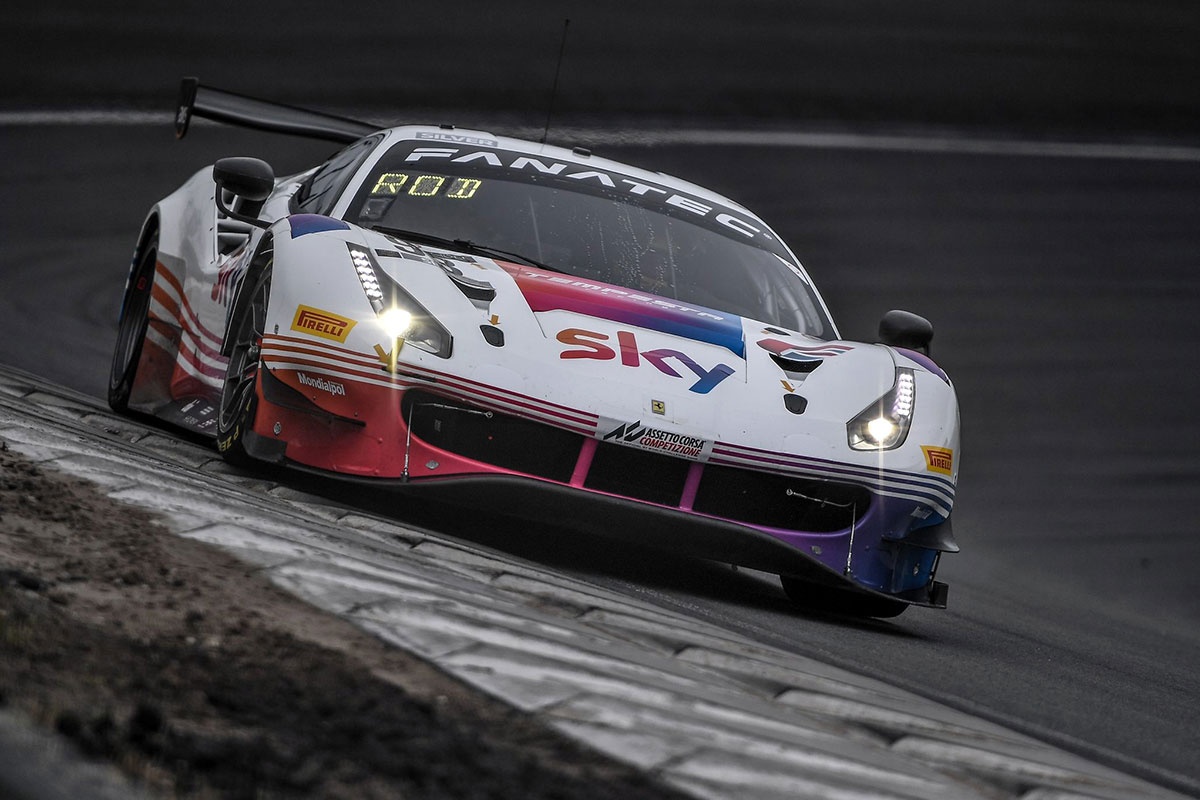 On the Ferrari 488 GT3 of SKY Tempesta Racing, together with Chris Froggatt, Giorgio Roda returns to the track on the historic British circuit for the penultimate round of the GT World Challenge Europe sprint series.

Como (CO) - August 26, 2021 - An intense two days to get back on track after the 24 Hours of Spa-Francorchamps. Giorgio Roda's season in the Fanatec GT World Challenge Europe powered by AWS - Sprint Cup restarts from Brands Hatch together with the Ferrari 488 GT3 of Sky Tempesta Racing and Chris Froggatt. After the excellent progress made during the first three races of the season, Roda and Froggatt will face the technical English track which measures just under 4 km. Very intense two-day program for the sprint series drivers who will take to the track on Saturday at 9.00 for the free practice session, at 12.10 for the pre-qualifying and from 15.20 for the two qualifying sessions. Double race scheduled for Sunday 29 August at 11.00 and 15.45 local time, i.e. at 12.00 and 16.45 Italian time. Both qualifying on Saturday and the two races on Sunday will be broadcast live on the GT World Youtube channel and on the series' social channels.

Loaded for the restart after a short period of vacation, the 27-year-old driver from Como said: "Finally we're back on track after almost a month's break. I'm ready to put my helmet back on and take the stearing wheel of the SKY Tempesta Racing Ferrari in hand along with Chris. Never like this year the season is all about learning and tackling the races step by step, but I am sure that, even on a difficult track like Brands Hatch we will be able to do well. It will be difficult, on a circuit so short and treacherous, having to deal with as many as 29 cars with top-level crews. In our class there will be 11 cars with which we will have to duel, always trying to make as little mistakes as possible. On our side there is a car that, never like this year, it is proving to be the best in international competitions. Ferrari's success both in the 24h of Spa-Francorchamps, which in the 24h of Le Mans confirmed, if still needed, that the Rampant Horse is always ready to put all its opponents behind it. With the team and with Chris we immediately established a good feeling and I'm happy to be back on track for this penultimate round before the grand finale in Valencia. "