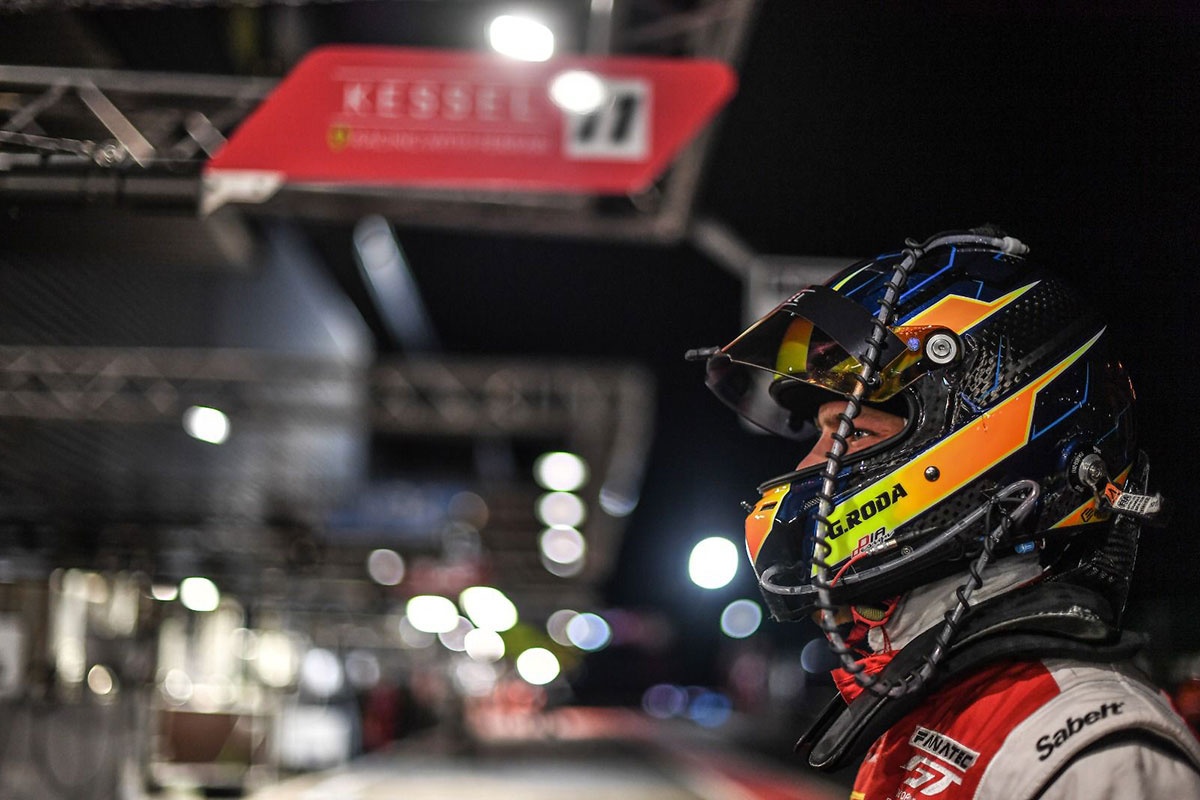 The wonderful race of the crew formed by the pilot from Como with David Fumanelli, Francesco Zollo and Tim Kohmann in the Kessel Racing Ferrari 488 GT3 stops in the Belgian rain a few minutes from the end when Fumanelli is hit at the last corner.

Como (CO) - 01 August 2021 - The comeback of the Ferrari 488 GT3 number 11 stops a few kilometers from the finish line at the TotalEnergies 24 hours of Spa-Francorchamps. Giorgio Roda, together with David Fumanelli, Francesco Zollo and Tim Kohmann were the protagonists of an extraordinary comeback from the last positions up to the thirtieth place and to the eighth place in the Pro-Am class except then run into a contact about 30 minutes from the end when David Fumanelli was the unfortunate protagonist of a contact at the "Bus Stop" when the rain began to descend heavily on the Belgian track. Fumanelli managed to bring the car back to the pits, but the Rampant Horse car was no longer able to recover the track, finishing in 32nd overall position, ninth in the Pro-Am class.

Embittered, but still satisfied with his performance, the young driver from Como commented: "I would have preferred to finish the race under the checkered flag after a race that was always attacking and without flaws - the words of Roda at the end of the 24 hours of Spa-Francorchamps - We are very sorry to have to stop a few kilometers from the end after having led a superlative race, but this does not detract from the performance we put on track with the whole Kessel Racing team. Ferrari was perfect and the fact that the "Cavallino Rampante" is climbed to the top step of the overall podium and in the Pro-Am class. I want to congratulate the Iron Lynx team for the overall victory, to AF Corse for the double in Pro-AM and to Ferrari Competizioni GT for the success. This competition proved that we can play it with everyone in a very difficult race due to the variable weather conditions and for an awsome fleet of pilots to the start. 60 GT cars that, for 24 hours, push to the limit give the idea how complicated and thrilling it is to run this race."

Giorgio Roda's season continues in the Fanatec GT World Challenge Europe with the last four races of the season which will see him engaged in the sprint series on the Brands Hatch and Valencia circuits and in the Endurance series which will end on the Nurburgring and Barcelona tracks.