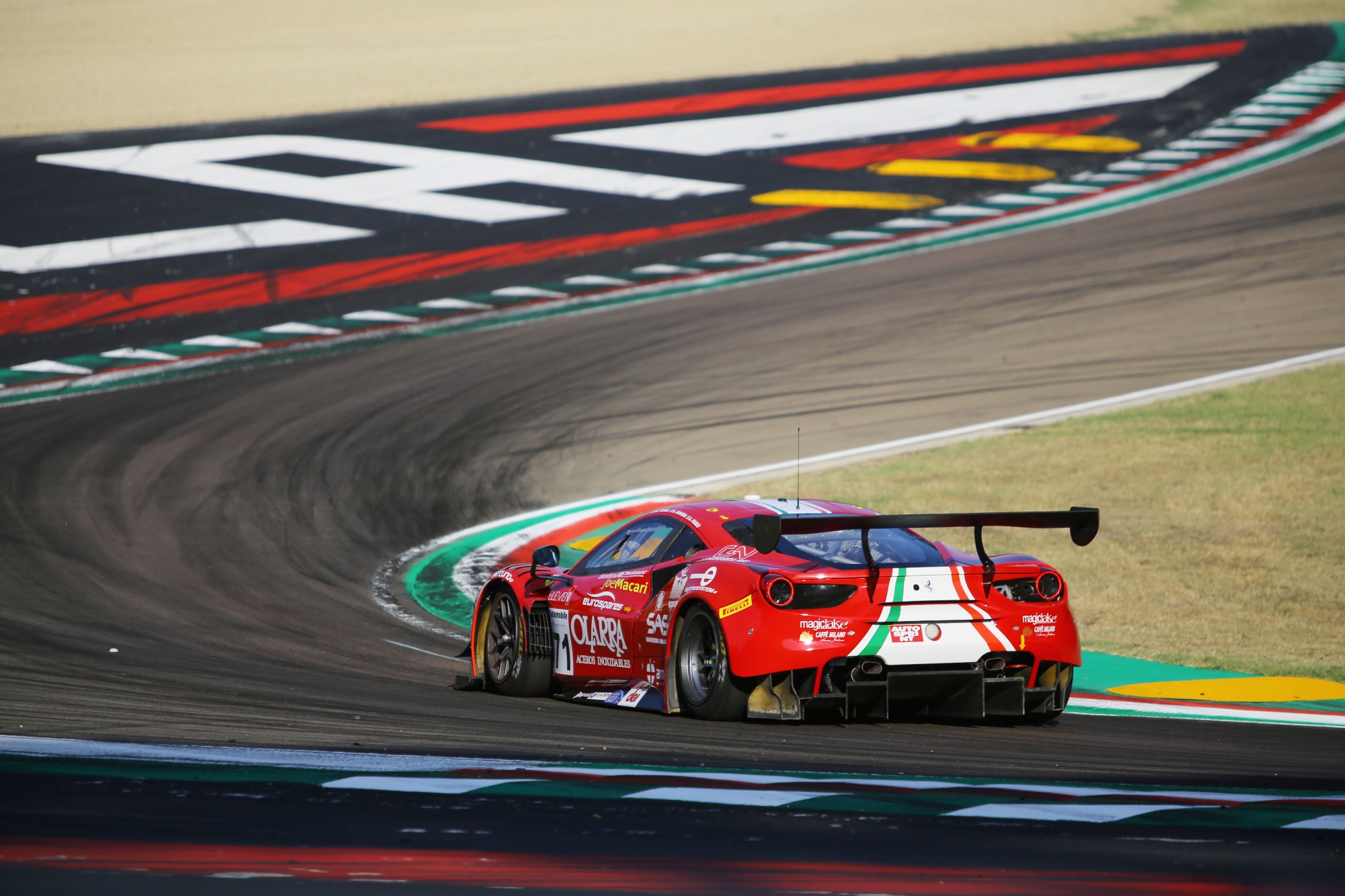 With Alessio Rovera and Antonio Fuoco, on the Ferrari 488 GT3 Evo of AF Corse, the driver from Como aims to improve the fourth place obtained in Mugello.

Imola ( BO ) August 28, 2020 - After the first two seasonal races that opened the series Sprint and Endurance of the Italian GT championship Giorgio Roda is back on the track named after Enzo and Dino Ferrari which will host the Formula 1 during the weekend of November 1st.

On board of the AF Corse Ferrari 488 GT3 Evo, the young driver Lariano, goes hunting, together with Alessio Rovera and Antonio Fuoco, of confirmations after an exciting start of the season. The podium in Misano and the fourth place of the opening race in Mugello, allow the crew of the Piacenza team, to avoid penalties during the race ; a sure advantage over their direct rivals in the fight to the top positions in the Endurance Series. The Imola appointment will start at 12,10 p.m. on Friday August 28, with the first free practice session, followed at 5,30 p.m. by the second timed shift. On Saturday, space for the third FP, which will start at 12,00 while an unprecedented late afternoon qualifying session, live on the championship's social channels and on MS Motors TV, will start at 6,30 p.m. with the three drivers taking turns on the « Rossa di Maranello » pushing to the maximum. Infact, to obtain the pole position, the best performance of each drive will be added.

The second race of the Italian GT Endurance Championship will see the green light on the Santerno circuit, on Sunday August 30, at 3,50 p.m., live on Rai Sport ( 57 DTT, 227 Sky ) and on the social channels of the Series, with an exciting 3 hours.

After this short summer break to rechange the batteries, we are ready to get back on track to give our rivals a hard time - said Giorgio Roda before sitting in the cockpit of the 488 GT3 - I tried a lot in this period, especially on the bicycle and, I believe, I am back to my physical fittness levels, the same I had before the injury at my hands that caused me to face an harder work in Mugello. It will be important to keep concentration for all the race last, and we will have to give our best already from qualifying, to be at the level of our rivals. Alessio and Antonio have already proved to be two great riders, and being able to keep up with them, is my main goal. There's a great harmony among us, and despite the very high level, we are sure we can have our say in this championship.
I can't wait to get back in the car and drive in one technical and difficult track like Imola. For this weekend too, hot weather is foreseen, but being ready both physically and mentally is essential. We are sure our team will do its best to let us have the most perfect car and the AF Corse skill in this case, is a guarantee.