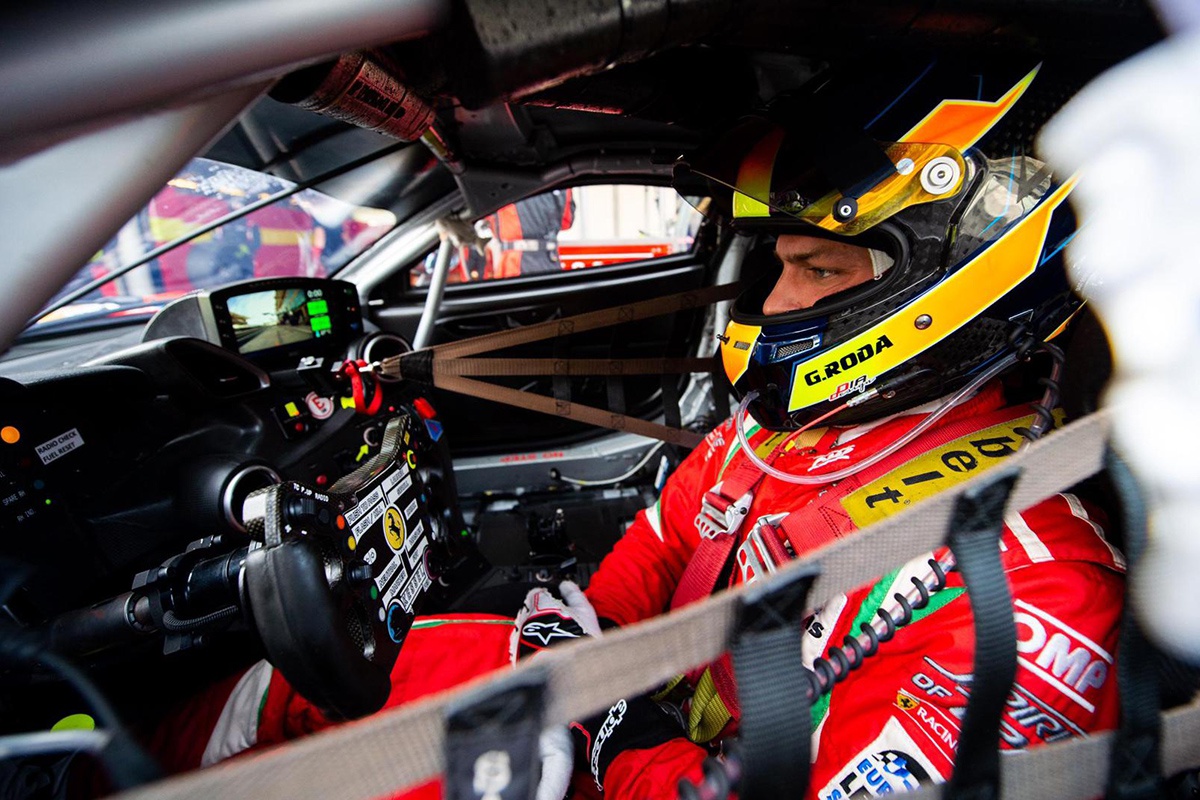 On the Ferrari 488 GT3 of the Swiss team, Giorgio Roda begins his 2021 with four races in two weeks on the tracks of Dubai and Yas Marina, teamed with Francesco Zollo and Tim Kohmann.

Dubai (UAE) - 10 February 2021. 16 hours of racing on two circuits, Dubai and Abu Dhabi, in just 10 days. This is the challenge for Giorgio Roda, 2020 Italian Gran Turismo Endurance Champion, who begins his 2021 season in the Kessel Racing Ferrari 488 GT3 in the Asian Le Mans Series. A concentrated formula that has attracted the attention of teams and drivers of international caliber and which is giving away participation in the next 24 Hours of Le Mans. Roda will be joined by Francesco Zollo and the German Tim Kohmann in the four challenges that will see 36 cars at the start, including LMP2, LMP3 and GT prototypes, the most crowded class with 19 Gran Turismo from 6 different brands. In addition to Ferrari, which fields names of the caliber of Giancarlo Fisichella, Davide Rigon and Alessandro Pierguidi, Mercedes, with Raffaele Marciello, will also be involved in McLare, BMW, Porsche and Aston Martin, in what promises to be one of the most exciting of the latest series seasons.

The formula includes two free practice sessions and one qualifying session, both on the Dubai circuit and on the Yas Marina circuit in Abu Dhabi, followed by two races of four hours each. The first weekend of the race, in Dubai, will start on Thursday 11 February with the two free practice sessions. Qualifying on Friday 12th, while on Saturday at 2.15 pm Dubai time, 11.15 am Italian time, the start of the first 4 hours. At 12.45 on Sunday, 9.45 in Italy, the second 4 hours will start again on the circuit of the emirate of the same name. A few days of break before returning to the track on the Yas Marina track, also known for hosting the Formula 1 world championship, where the program will be repeated with two free practice sessions, one qualifying and two 4-hour races.

"Starting the season with 16 hours of racing in a few days is what every driver would like - commented Giorgio Roda before the start of the Asian Le Mans Series - The starter fleet is certainly top notch and the challenge between the GTs will certainly be interesting. I have to thank Kessel Racing for giving me this opportunity to start the season early with a very high level program. We have not been able to carry out great tests except one session in recent days and, together with the team, Francesco and Tim, we are working to be ready from the first free practice. The stakes are very high and the opponents are many and strong, but we will play our cards by pushing to the maximum".

Qualifying and races of the Asian Le Mans Series will be streamed on the official website of the series and on the YouTube channel.