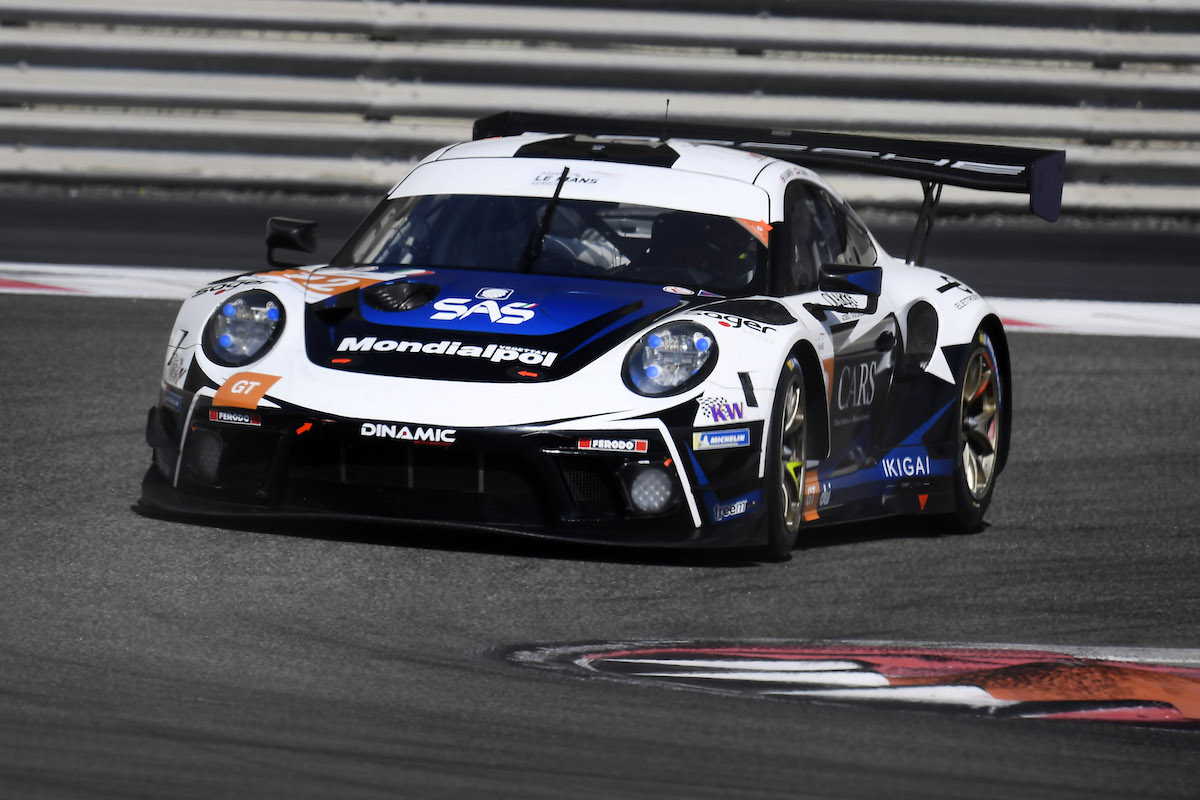 The driver from Como at the start in the two continental series of SRO with the Porsche of the Reggio team. Alongside him in the Sprint series the young Alessandro Giardelli, while in the Endurance series the two from Como will be joined by the Norwegian Marius Nakken.

Como (CO) - 7 March 2022 - The international stage of the Fanatec GT World Challenge Europe Powered by AWS will once again welcome Giorgio Roda in the 2022 season. The driver from Como, after 2 seasons on Ferrari, returns to wear Porsche colors on the 911 GT3 from Dinamic Motorsport. Roda and the young Alessandro Giardelli, vice champion of the Porsche Carrera Cup Italia 2021, will be at the start of both the sprint and endurance series, where they will be joined by the Norwegian Marius Nakken who will complete an all "under 30" crew. The Norwegian, born in 1993, has been a protagonist in the Porsche Mobil 1 Supercup for several years, while the 19-year-old Giardelli, in addition to having touched the 2021 title in the Porsche tricolor series, has performed well in 2020 in the TCR Italy.

The start of the 2022 season will take place on the Enzo e Dino Ferrari circuit in Imola on 3 April with the 3 hours that will officially kick off the Endurance series which, after Imola, includes 4 more races at Paul Ricard (5 June), Spa- Francorchamps with the Belgian 24 hours scheduled for 30 and 31 July, Hockenheim (4 September) and Barcelona (2 October). The Sprint series, on the other hand, will be held over 5 events starting May 1st at the British circuit of Brands Hatch, followed two weeks later by Magny Cours. On 19 June it will be the turn of Zandvoort, before the Italian race on the Misano World Circuit - Marco Simoncelli on 3 July. The Ricardo Tormo of Valencia closes the Sprint season on 18 September.

A few days before his 28th birthday, Giorgio Roda is ready to get on track for this new adventure: "I am really very happy with this program for the 2022 season. Returning to racing with Porsche in an important and winning team like Dinamic Motorsport is certainly an extra stimulus after a complicated season in 2021. Despite their young age, the crew is of the highest level with Alessandro who has proved to be a great driver since his debut and with Marius who now knows every detail of the 911 . It will be nice to compete once again in the reference series as regards Gran Turismo cars. If in 2021 the entry list made an impression, in 2022 they managed to make it even more competitive. 9 different brands and almost 50 cars on the grid starting I think they can give a good idea of how demanding it will be, but at the same time stimulating. I am sure that the Dinamic Motorsport team is up to this challenge and I will give the best to constantly improve myself. We will certainly be able to take away some satisfaction together. I can't wait to hit the track with the Porsche 911 GT3 and see the first green light of this season which promises to be exciting. "