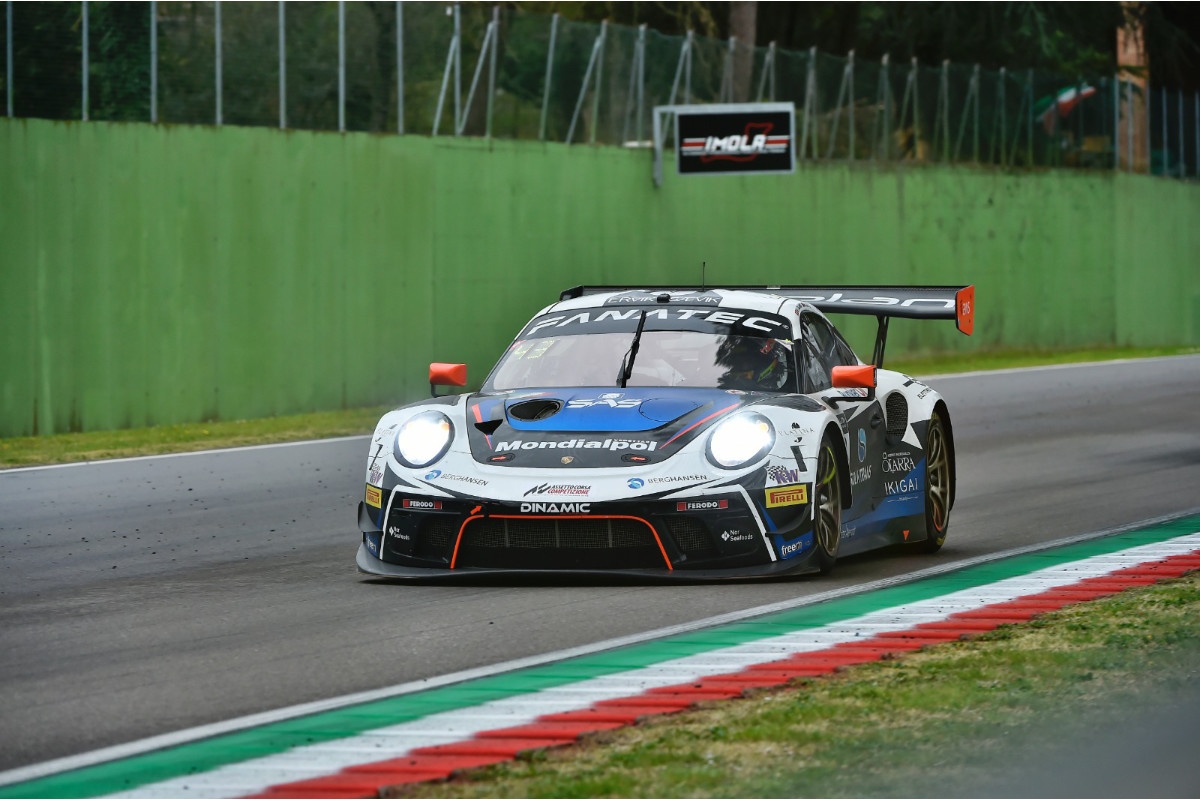 Giorgio Roda's 2022 season gets to the heart as he will share the Porsche 911 GT3 with Mauro Calamia and Marius Nakken in the 3 hours that will open the Endurance season of the GT World Challenge at the Imola circuit.

Como (CO) - March 31, 2022 - It will be a close fight between 52 GT3 cars that will open the 2022 season of the Fanatec GT World Challenge Europe Powered by AWS Endurance Cup at the Enzo and Dino Ferrari of Imola. Giorgio Roda is ready to defend the colors of Dinamic Motorsport on the Porsche 911 GT3 n ° 56, flanked by the Swiss Mauro Calamia and the Norwegian Marius Nakken. A young but fierce crew that has shown that they can play their cards in the Silver Cup, having to deal with 17 other “class” opponents. The driver from Como, after his seasonal debut in the Asian Le Mans Series and several days of testing where he was able to regain confidence with the car from Stuttgart, is ready to face the season in a championship that, never like this year, proves itself of the highest level with high-sounding names and highly experienced drivers.

At Imola, Roda's 2022 season began with a good eighth place in the class in the test session which took place on Wednesday at the Santerno circuit, just over a second from the absolute best time. But the first round of the SRO Endurance series of the season will officially kick off on Saturday 2 April with free practice starting at 9.00. At 14.05 the Pre-Qualifying will begin to give the first real chronometric feedback, before the real qualifying which will start on Sunday 3 April at 9.00. Green lights for the 3 hours that will open the 2022 season at 3.00 pm live streaming on Youtube GTWorld and on TV on Sky Sport Action (Channel 206).

Ready to hit the track, Giorgio Roda commented: “The numbers are impressive and it will be a real challenge to be able to emerge in a championship with over 50 cars at the start. I believe there can be no better stage to prove yourself. And I am really happy to be able to do it with a serious and prepared team like Dinamic Motorsport and with two teammates of the highest level like Mauro Calamia and Marius Nakken. Despite these are endurance races it will be extremely important, given the numbers, to be able to do a good qualifying and have the best possible starting position, trying to stay out of trouble and bring the car to the finish. Also in the Silver Cup there is a lot of quality and almost 20 cars. This shows that we will have to do our best to be able to bring home some satisfaction, but I am sure that both the team and my team mates have what it takes to do well ”.