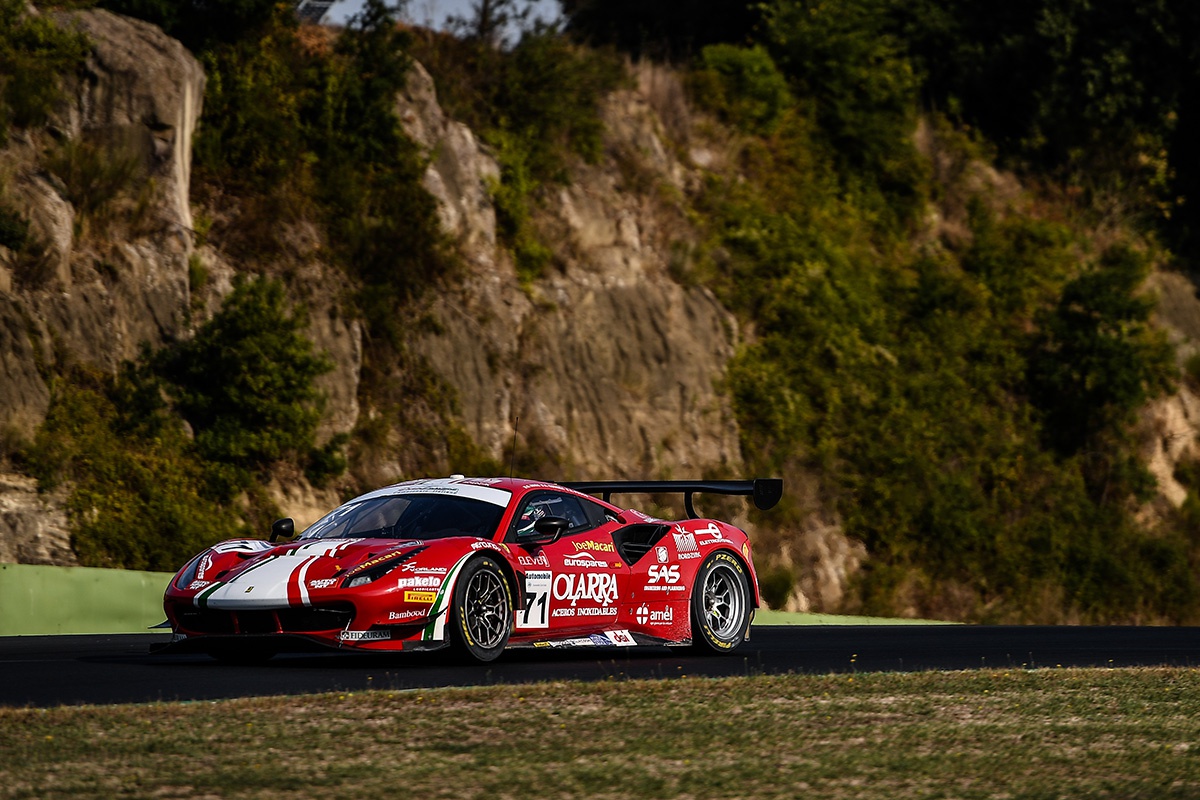 An ABS problem on the Ferrari 488 GT3 Evo and the change in the Balance of Performance slow down Roda - Rovera - Fuoco in the third round of the Italian Gran Turismo Endurance Championship.

Campagnano di Roma (RM) – September 20, 2020. Race anything but simple for Giorgio Roda on the Roman track of Vallelunga. The third and last but one round of the Italian GT Endurance Championship proved to be very insidious for the AF Corse rider, teamed with Alessio Rovera and Antonio Fuoco. After a good start, during free practice, some changes to the Balance of Performance took place which affected the performance of the Maranello car which did not go beyond fifth position in qualifying. To further complicate the Capitoline weekend an ABS problem during the first stint of the race, which made the car very difficult to control. Despite the stubbornness of the three young drivers, who finished in ninth position, fourth in the PRO class, it has been a weekend to forget.

"We are very sorry to end the Vallelunga race in this way - commented a disappointed Giorgio Roda - Above all because we had started off on the right foot during free practice. It could have been a match point for the title and, instead, we return home with only two points. The fact that we changed the BOP between free practice and qualifying totally destabilized us and, I can't deny it, made us very nervous. We are still fighting for the title and in Monza we will be more aggressive than ever. Now we have two races in the championship sprint series at Mugello and Monza. We hope that the regulation measures won’t penalize us in this final of the season ".

After the third round of the championship, Roda, Rovera and Fuoco are third in the overall standings, behind BMW and Lamborghini, with 29 points. For the assignment of the Italian title, the three best results out of 4 races will be taken into consideration. Therefore, the last race of the year will be fundamental, scheduled for November 8, in the Temple of Speed â€‹â€‹in Monza.

It could have been a match point for the title and, instead, we return home with only two points