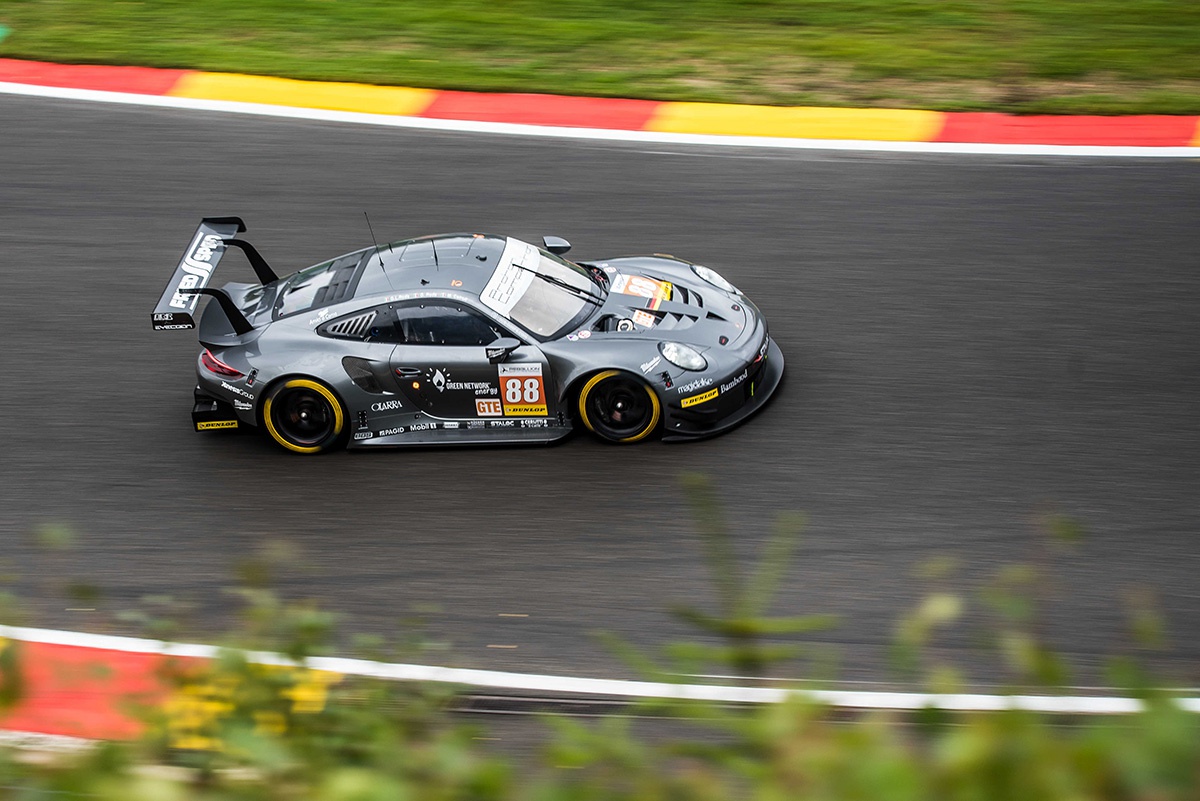 20/09/2018
SPA-FRANCORCHAMPS to maintain leadership in ELMS

The last but one round of the season at the univiersity of motoring for Giorgio and Gianluca Roda together with Matteo Cairoli. The Proton Competition crew leads the LMGTE with 9 points ahead of their direct pursuers.

Como, September 20, 2018 . Spa-Francorchamps and Portimao. These are the two last acts of the 2018 season of the European Le Mans Series. Two important tracks, challenging but above all decisive in the race for the title of Giorgio and Gianluca Roda with the Porsche 911 RSR of Proton Competition. A very short classification that sees the father and son in the lead with 9 points of advantage on the Ferrari of JMW of Motorsport.
The third driver from Como of the Proton Competition, Matteo Cairoli, has been more detached, due to his missing the Monza appointment and for this reason he will not be able to aim for the driver’s title.
But it will still be the young Junior Driver Porsche to support the Rodas in the penultimate round of the season on one of the most fascinating tracks on the world motoring scene, Spa-Francorchamps.
The season in the FIA WEC World Endurance Championship for Giorgio Roda and Matteo Cairoli started right on the Ardenne circuit, and they finished in sixth place with the Dempsey Proton Racing Porsche.
It will be necessary to replicate what has been done so far to maintain the leadership in the continental series in the 4 hours of Spa-Francorchamps scheduled for Sunday 23 September at 12,30.

"We have reached the final of the season - commented Giorgio Roda before the Belgian Round of the European Le Mans Series – and certainly we got there in the best way, that is at the head of the standings. On the one hand this motivates us to the maximum and make us understand that all the job we did during this season was excellent. On the other hand, obviously, we feel the pressure because from now on it is forbidden to make mistakes. We know we have very aggressive rivals who are able to do well, but we are also aware of our strength and we are sure we can reach the goal. After the Silverstone race, with the third podium in 4 races we are even more convinced that as far as the car, the team and the drivers concerns, we have taken the right decision and we want to fight until the end so to reach our dream. In SPA, it will be essential to maintain a perfect race rhythm. The track is difficult and very long and even the weather could be an important variable for the race. Matteo has shown more than one time to be among the fastest, while Gianluca has amazed us, once again, for regularity and accuracy. I believe I have made great progress “ stealing “ from both some details preparing myself better both phisically or technically. Now it is time to play it to the end, without being afraid of anyone".

The Belgian weekend, at the SPA-Francorchamps track, will start on Friday 21st Sepember with the first free practice session and the further test for the « bronze » category drivers.
Saturday 22nd September at 9,05 a.m. second session of free tests of 90 minutes before qualification, scheduled at 1,10 p.m. with only 12 minutes at disposal to score the fastest lap.
Sunday 23rd September it will be the time of 4 hours in Spa-Francorchamps with green light at 12,30.

Now it is time to play it to the end, without being afraid of anyone