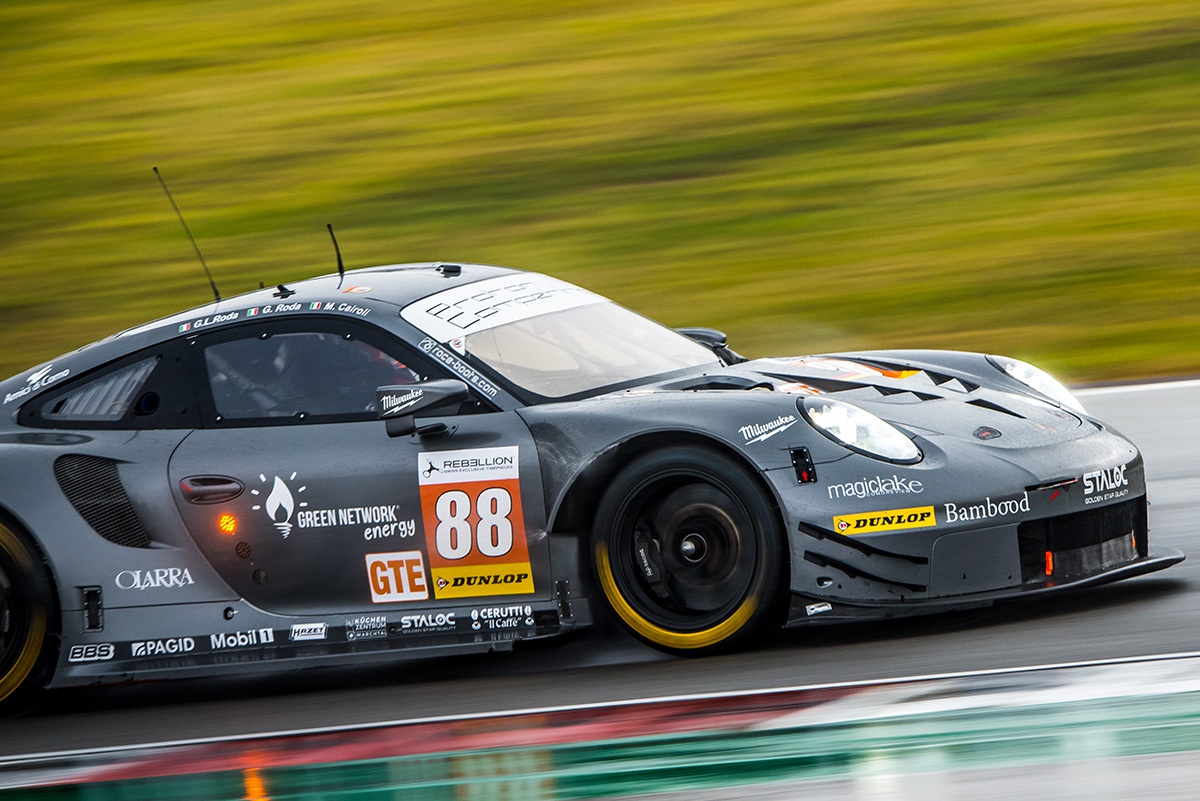 Giorgio and Gianluca Roda are closer to the last round of the continental series with 11,5 points ahead of their direct pursuers and, together with Matteo Cairoli, they will go hunting for the title.
Como, October 25,2018 - It will be the Lusitanian circuit of Portimao to declare the winners of the European Le Mans Series 2018.
On the Portuguese track, Giorgio and Gianluca Roda arrive with a loot of 80.5 points, caught at the events of Le Castellet, Monza, Red Bull Ring, Silverstone and Spa Francorchamps.
At their side, as in all the other events except Monza, there will be once again, the young driver from Como, Matteo Cairoli who however, cannot aspire to the drivers’ title having 10 lenghts of distance from the father-son couple.
That of Portimao will be the final chapter of a season that saw the Rodas in great dust, able to get on the podium in 4 races out of 5 played, and thanks to the important contribution of Matteo Cairoli, to win two pole positions.
Still missing a race however to the showdown and it will start on Sunday at 1,30 pm Italian time, with the crew of the Porsche 911 RSR of Proton Competition fighting to reach the so desired goal.
Behind them, with 11,5 points to be recovered, the Ferrari of JMW Motorsport, pursued only two lengths from the twin of Spirit of Race. More detached ,but not yet arithmetically out of the fight for the title, the Porsche of Ebimotors and that of the teammates of Rodas and Cairoli in the Proton Competition.
It will be therefore a hot challenge the one that will see the engines light up already on Friday with the first free practice session, scheduled at 5,20 pm.
On Saturday morning at 10,25 the second free practice session, while the fight for the pole position is scheduled at 3,25 pm. On Sunday at 1,30 pm green light for the last act of the European Le Mans Series with the 4 hours of Portimao.
« The goal is there, in front of us, but there are still 4 hours race to reach it. -Commented Giorgio Roda- We cannot and do not want to hide. At this point of the season, what counts is the final victory. We have a good lead and we need to know how to make the most of it, making a race in attack, without risking too much. We have shown, throughout the season, to live up to this series and first of all, to be constant in performance.
Now we just have to push to the maximum even in this last event, to grab our dream.
I think that,having an experienced driver like my dad next to me, who race after race has proved to be still the best around, and a young strong as Matteo on which Porsche has been aiming for years , can be one of the most formative experience in my pilot career. I am satisfied of all the progresses done sofar ; now only the icing on the cake is missing. “
The Portimao circuit mesures 4684 mt and presents 7 curves to the left and 9 to the right.
Last year the victory was right of the Porsche of Proton Competition with Matteo Cairoli, Christian Ried and Joel Camathias.
It was, on the contrary, a bitter withdrawal for Giorgio and Gianluca Roda along with Bertolini on the Ferrari of Spirit of Race.

The goal is there, in front of us, but there are still 4 hours race to reach it