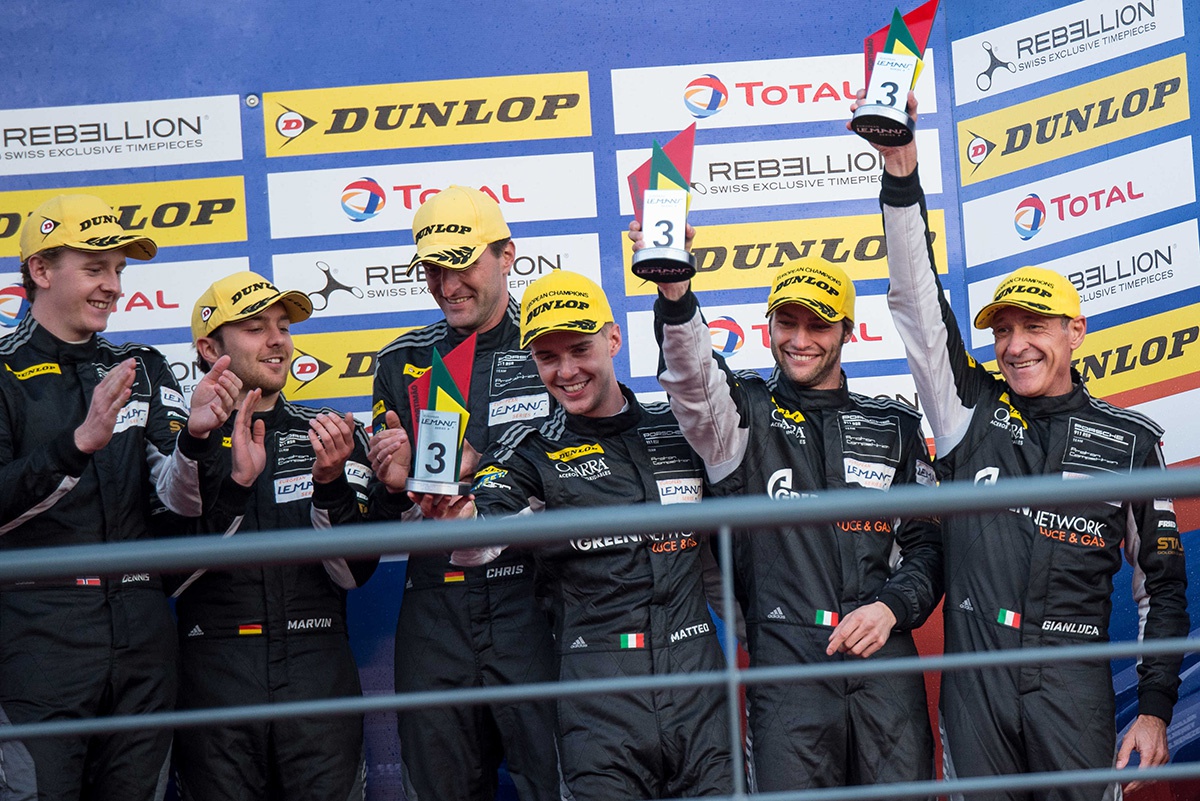 On the third step of the Podium, on the Portimao circuit, Giorgio and Gianluca Roda become the first crew father and son, to graduate champions in the continental series. With them, Matteo Cairoli who is third in the drivers’ ranking.

Como, October 29 2018 – Mission accomplished. Giorgio and Gianluca Roda are the new Euroepan champions of the European Le Mans Series. With the third place in the Lusitanian race, behind their own teammates of Proton Competition and of the Ferrari of JMW Motorsport, the crew of the Porsche 911 RSR n.88 of Proton Competition graduates Champion 2018 of the Continental series , bringing for the first time on the higher step of the podium, a crew made up of father and son, as well as being the first success of the new car from Stuttgart in an international Series. Together with the Rodas, Matteo Cairoli , who not having taken part in the home race at Monza, had to settle for the third place in Championship.

“it is still umbelievable to describe by words, what is my feeling in this moment – commented Giorgio Roda 24 hours after having conquered the title - Last year when I asked my father to race with me, I could not even think to start a great adventure which lead us, father and son, to be the first to graduate European Champions in the European Le Mans series. Despite the regulation declares that Matteo is second, as far as I am concerned , he is champion as well as we are. His contribution was fundamental during the whole season and I believe that the merit of having brought us to the final victory, should be acknowledged to him. In addition to this, I would be dishonest to say that I’m not happy of what I did in this season. I have greatly improved my performance and I am also sure I have done a lot of progress that may be useful in the continuation of my career. Obviously the biggest thank you goes to the Proton Competition Team, which has always put at our disposal a team of professionists. The Team title is the icing on the cake, of a season which is certainly exiting. »

The last race of the year, was anything but a runway for the crew Roda-Roda Jr- Cairoli. After a few laps from the start, due to a contact, Gianluca Roda was forced to recover from the rear with obvious damage to the car. In the second stint of the race, with the car entrusted to the hands of Giorgio Roda, the problems of balancing with the steering sheel of the Porsche 911, folded about 15°, did not improve. Despite a car at the limit of driveability, the Rodas and Matteo Cairoli, have pushed hard to be able to return to the third position. A placement that allowed to bring home the fifth podium of the season out of 6 races run. The season, in fact, started with the pole position and a second place at the Paul Ricard circuit, followed by the only one palce out of the podium, in the home race at Monza.
Placement promptly recovered with the victory at the Red Bull Ring before the second place of Silverstone and two third places at the 4 hours of Spa-Francorchamps and of Portimao.

it is still umbelievable to describe by words, what is my feeling in this moment